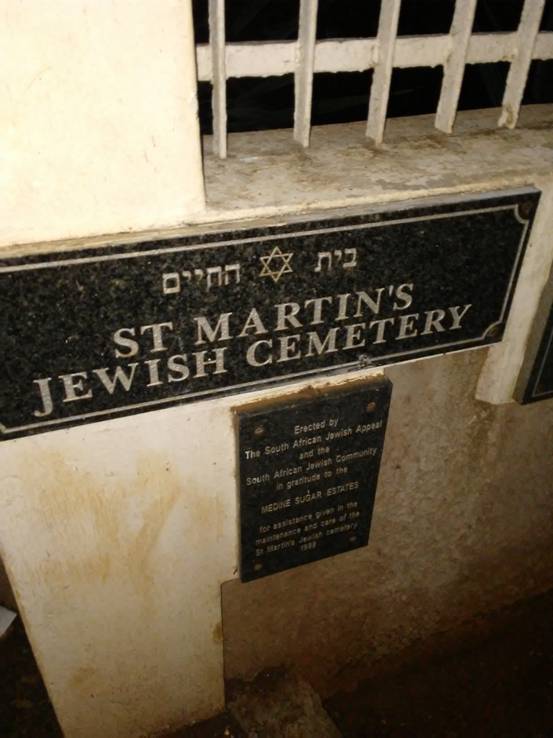 One of the places we wanted to visit was the Jewish Cemetery in Mauritius. Raj took us there – but it was later in the day. It was almost sunset – the beginning of a new day in Jewish tradition.

As we arrived we noticed the name of the cemetery – St. Martin’s Jewish Cemetery. But wait – “St. Martin’s” and “Jewish” Cemetery? It turns out that the adjacent village is actually named St. Martin!

Unfortunately the gate was already locked when we arrived. We had driven a long way and couldn’t come back another day. Not to worry – we decided to break in! 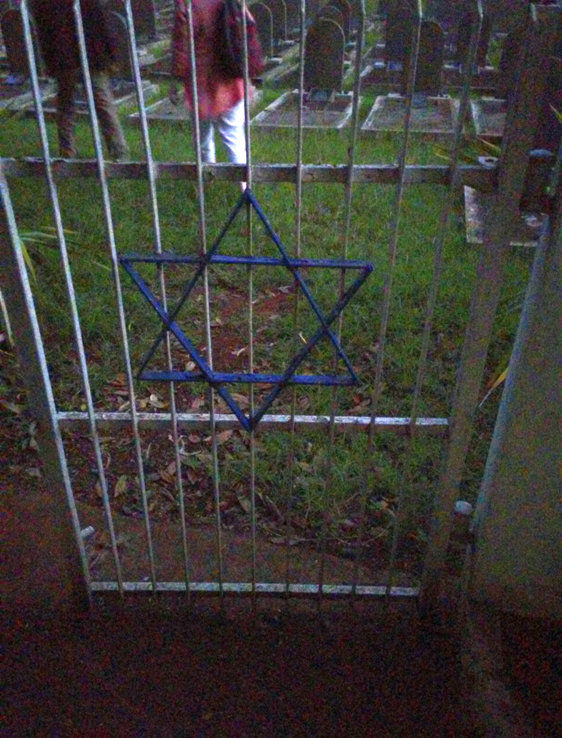 Yes, ahem, this is me (in white pants) after jumping the wall of the cemetery.

Between 1940 and 1945, the British Government held 1584 WWII Jewish refugees in Mauritius instead of letting them settle in Palestine. Many of them are buried in this cemetery. 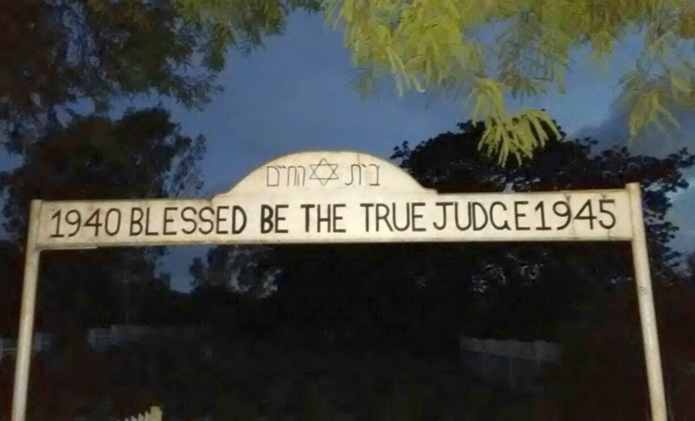 You may also like  Hindu Wedding! or Exploring Mauritius.