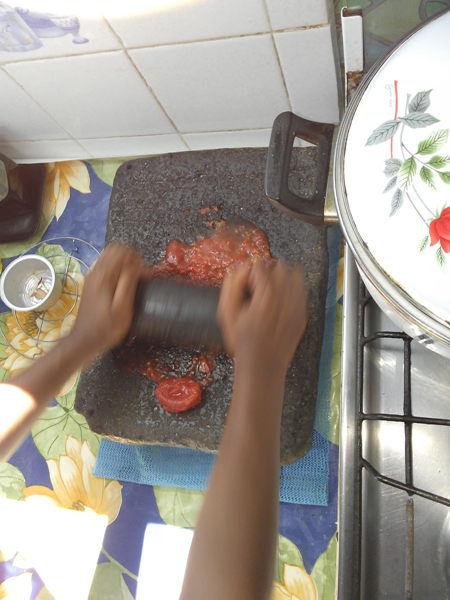 Marceline has a large, but very old stone in her kitchen. It’s from her grandmother, who got it from her mother – so it has been passed down through many generations. With this stone and its accompanying stone roller she can quickly grind spices, grains, even make tomato sauce as you can see in the picture. What you can’t see is that this stone is right next to the microwave! It’s an interesting accommodation of old and new. 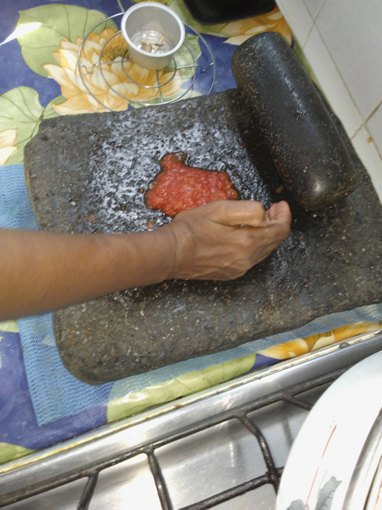 Mauritians know well the strategy of accommodation. With four main population groups – none more than 50% of the population – they have learned to accommodate each other in order to exist peacefully on their small island.

How do they do this you might ask? To begin with, many Mauritians speak most of the languages of each of these four ethnic groups (Hindi with Tamil, Creole, French and English). Our hosts spoke all four languages at home and we observed this was true of neighbors, teachers, store employees, bus drivers and others. To know the language of another is to have some understanding of their worldview and perspective. It takes effort to learn another’s language which says that they are important and worth understanding. But learning four languages? This is normal for many Mauritians and says something about the importance of being able to understand and engage with those from different cultural backgrounds.

Their governmental system also works to accommodate. When candidates are voted into office – if one minority group has no candidates who gain enough votes for office a designated number of “best losers” from that group are automatically given seats. In this way each group is assured of representation in their parliament. It was also interesting to watch on TV as legislators in the parliament spoke English if they wanted to be efficient and concise. They switched to French if they were making and emotional or impassioned plea, but then used Creole to be emphatic. Everyone understood.

Even navigating narrow neighborhood streets, Mauritians rarely use their horns, except with a light tap on the horn to say “I’m right behind you.” Drivers allow other drivers the right of way. Accommodation.

Where we stayed, in the area of Rose Hill, we noticed something wonderful – within our immediate neighborhood we heard the large bells from St. Anne’s Church on the corner, the ringing of many small bells from the Hindu Temple on the next street and the call to prayer from the Mosque down the way. In Rose Hill, people of different cultural backgrounds share the same neighborhood, they don’t live in separate neighborhoods or enclaves. While they speak their own languages and maintain their own cultural and religious traditions, at the same time they also share a neighborhood together and know each other as neighbors and friends.

Relationships are not perfect. Racism and discrimination exist, but Mauritians have learned to embrace diversity in ways that the rest of the world has yet to learn.

Below is a picture of our friend Chris. He is a dedicated science teacher, an inventor, great cook and a musician. He and his family extended wonderful hospitality to us throughout our trip – welcoming visitors who were different and embracing diversity. Yet one more way accommodating.

Going forward, it is not enough to simply tolerate differences or to merely coexist. Our survival as a species and as a planet depends upon our ability to embrace and seek out diversity. Mauritians offer this critical skill to the world. 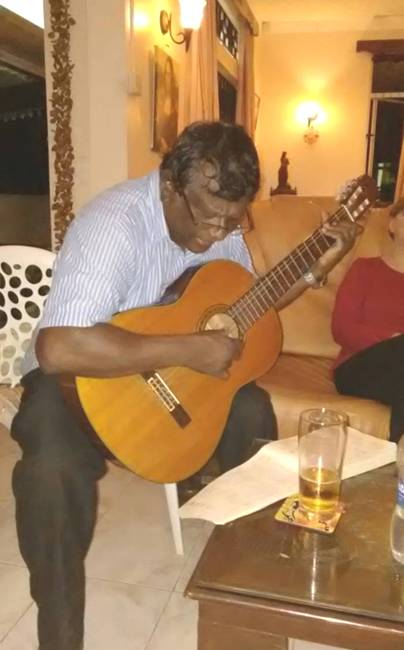