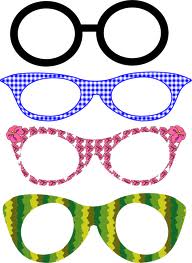 Americans are notorious for not wanting to look at the systemic problems underlying many of our social ills. For example, we’d rather believe that if we vote for the right politician or political party our problems will be solved – rather than tackle the underlying systemic problem of campaign finance reform and lack of term limits that keeps politicians of both parties beholden to big financial, military and corporate interests. Far easier to turn politics into a competitive sport where we pick a political party more or less like a sports team and cheer for our side to win.

We’d rather tell ourselves that charities should take care of those made poor and those who struggle with health problems or tragedies, rather than look at the huge wealth transfers (regressive rates, deductions) for the middle class, elites and corporations designed to take wealth unfairly from others. Wealth transfers are designed into our tax code. They can be designed out as well.

We’d rather think that millions of home foreclosures were due to the personal failings of homeowners rather than the predatory lending practices, high risk hedging and multi-trillion dollar bail-outs of the too-big-to-fail-banks encouraged by the repeal of banking regulation laws. This mortgage boom-bust was designed by lawmakers acting in the interests of the financial industry.

We’d rather tell ourselves that tolerance and warm feelings toward people of color will solve systems of white privilege and racism, rather than face and dismantle the wealth-transferring discrimination built into our legal, educational and corporate systems.

Many work for or against legalizing marriage for all, rather than acknowledge that systemically, the social benefits assigned arbitrarily to those who are married could and should be made available to all, independent of marital status, and how conventional marriage creates poverty for women and children by design.

Others want to believe that raising the eligibility age for social security or medicare is not the same as privatizing them (meaning giving all the attendant fees and insurance dollars to corporations) when it is exactly that. Health care, like clean water is a basic human right. Without adequate social safety nets crime, corruption and violence will radically increase in our society. Not a country or a world I want to live in.

It’s no different for religious institutions. Within the Catholic church, for example, many feel that ordaining women will solve the governance problem in the church. But it is the ordination system itself that allows for one voice to trump all within a community. Those who are ordained in this system are formed in such a way that they are predisposed to elitism, privilege, self-focus with no accountability. This creates a situation that fosters corruption and abuse. Lack of financial transparency within the church similarly promotes unethical and immoral behavior. Ordaining women will not change these fundamental flaws designed into this system.

Our refusal to look at or discuss underlying systems persists because doing so would take time, require self examination and is complex. It’s easier to focus on personal charity, personal spirituality or personal failings of high profile individuals. But this is to fail ethically and morally because we are all interconnected and interdependent. We either work to transform unjust systems or we are part of the corruption.

Refusing to learn about systemic injustice makes us morally culpable. There are no easy answers or quick fixes. However, this doesn’t mean that we shouldn’t endeavor to work for systemic change. We’ve had the moral courage and tenacity to make systemic changes in the past (ending slavery, women voting, environmental laws, human rights, etc.). A better future for everyone requires it.

You may also like Time to Tax Wall Street and True Freedom.